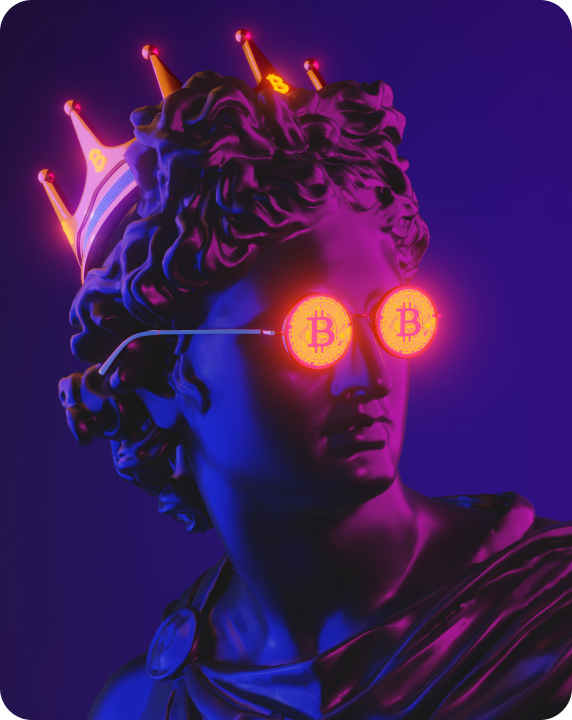 Web3 is a new paradigm for using the internet that enables people to do things in ways they couldn't before. This new wave of technology allows users to take control of their digital lives and data, by creating a more transparent way of sharing information.

Transparency is one of the core components of web3, as the way we display blockchain data will create an impact on how users read the data. Therefore, users in Web3 need to be able to understand and tell where the data or content is coming from.

To be more specific, the transparency of data provenance has been proven to be an important factor for securing trust between parties and building strong relationships with your audience, communities, and stakeholders.

Transparency guarantees that every transaction that occurs on a blockchain is visible to all network participants and can be audited by anyone at any time. This makes blockchains highly secure because there are no hidden actions or events happening behind closed doors.

We will be going over the following topics in this article:

When we talk about data, we need to be clear about where it's coming from. With web3, this is especially important: if you don't know what kind of information you're looking at, it can be hard to make sense of it. Blockchain data in particular needs to be highlighted and distinguished from other data, and to do that, is by being transparent.

To ensure that data is easily distinguishable, it is important that developers and designers use the Gestalt principle of similarity to bring them to the surface via the use of consistent color fonts, and shapes. For a brief context, the Gestalt principle is defined as "the mind perceiving an entity as a unified whole rather than as multiple parts." This principle is what allows us to see a group of people as a crowd, rather than just five individuals standing around together.

This is especially important when it comes to blockchain data because it's all about making sure that everything you're looking at is clear and consistent. You want your users to be able to trust the information they are seeing, so if there are inconsistencies or errors in it, then this can cause confusion for them.

A blockchain address is a unique identifier of a transaction on a blockchain network. Think of it as an email address or a phone number, except that it's much more secure than either one of those things. You can find the address in two places:

When you send cryptocurrency from one address to another, you are using the public key to encrypt the transaction. This means that only the person with the private key can decrypt it and get access to the funds.

A private key is only available to its owner and enables them to execute transactions with that key. Public keys are used to validate digital signatures that prove ownership of private keys.

Using one of the expandable references, such as an expanded tool-tip, can provide more scope of the context by hovering or clicking the data point of the Blockchain. And this can clearly identify where the data are placed within the blockchain and the contract in place.

Blockchain explorers are important for web3 users, as these provide precise details of all past transactions that have been made by these users. When you want to use a blockchain explorer, you will need to ensure that it is clear to the user by:

A smart contract is a piece of code that lives on the blockchain, and it executes actions based on events that occur in the world. For example, a smart contract could be written to execute when someone buys an item from your store. The smart contract might then automatically transfer funds from the buyer's wallet to yours.

However, what if you want to make sure that the transaction occurred? You may want your system to check if the item was delivered and paid for before actually making the transfer. This is where an oracle comes in. An oracle is a piece of software that can access information outside of the blockchain and report back to your smart contract about what happened outside of its realm.

Oracle transparency allows users to see how an oracle works and how accurate it is, and this information can help them make better decisions about which oracles to use. The oracle verifies its own answers by submitting proof of verification signatures from other oracles over the Ethereum blockchain. This process ensures that there is no single point of failure in the verification process, as any incorrect answer will be rejected by the smart contract.

In order to enable trust, you can show the oracle so that users can make informed decisions.

Data transparency is key to any blockchain-based application to ensure the validity of shared data. Because many applications rely on specific functions within a blockchain, it is vital that blockchain data be accessible to all parties who require it.

As such, users should be made aware of individual blockchain addresses and the relevant blockchain explorers and oracles. Data transparency can be best described as an "informed approach" to blockchain use by any participants in a given network.

Thank you
Your submission has been processed.
Oops! Something went wrong while submitting the form.